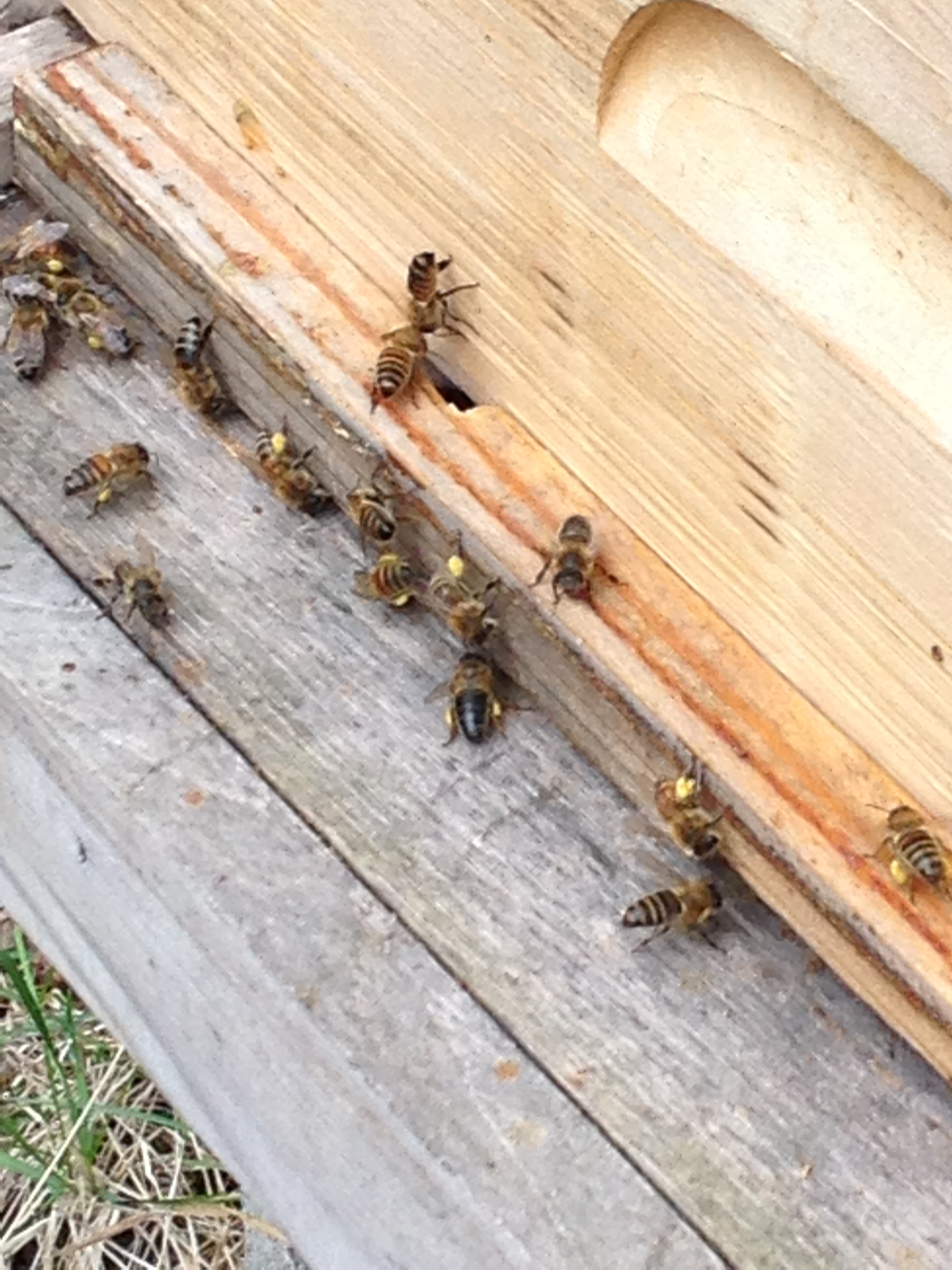 In the midst of starting our little farm, I’ve been trying to slowly expand my beekeeping this year as well. I’ve been pretty cautious as I expand my honey operation, mostly because 1. it’s super expensive to get started and 2. I want to make sure that I don’t get too big to where I’m unable to continue to be a dedicated beekeeper to my hives. Some people talk about “raising” bees, as if they were livestock, but that’s not really how I see my role with them. I give them an ideal place to live, I provide them with extra food when they need it, and I try to control the pests that take advantage of them as best I can without subjecting them to any additional synthetic chemicals and pesticides. Beyond that, they’re pretty much on their own to build up their supplies as only they know how. My efforts allow them to be so efficient that they occasionally produce more honey than they need, which allows me to take it from them and sell it to all of you. I’m still learning a lot each year, and I feel like I’m beginning to actually know what I’m looking for each time I open up one of my hives. And a lot of the time, the best thing to do is to just do nothing and let them be awesome without my getting in the way.

Here’s a few things I noticed on my last two hive inspections:

I bought a couple “nucs” from an expert beekeeper friend in Champaign. A “nuc” is basically a super tiny hive that is split from an established one. When I went to pick them up, she realized that neither of them had a queen bee, so we had to search through some of her other hives until we found some queen cells, which are created by the worker bees when, for a variety of reasons, they decide that they need a new queen.

Here are the girls in their new home.

Then this picture is from the hive about a week after I installed them in my apiary. As you can see, the queen chewed her way out of the queen cell by this point.

This picture is another queen cell that was aborted. The first queen to hatch goes around and kills the other queens before they hatch so that she is the only one left. The fact that it’s been ripped open along the side shows that this one didn’t make it out the way she had hoped.

I couldn’t find the queen during my inspection, so I’m hoping that either I missed her, or maybe she was on her mating flight. The mating flight is the only time the queen leaves the hive (unless they decide to swarm). She mates with as many drones (male bees) as she can, yanking each of their genitals out as she goes, killing them in the process. Then, when she returns to the hive she has enough sperm to lay up to around 2,000 eggs a day. When she backs into a cell, prepared again by the worker bees, she can tell whether it’s intended for a worker bee or a drone by the cell’s width, and then can choose whether or not to fertilize the egg with the sperm. The unfertilized eggs become the drones, and the fertilized ones become the workers.

Here is a picture of a really nice pattern of capped larvae from my established hive that will soon be ready to hatch as fully grown worker bees.

Notice how few cells the queen missed as she worked her way around the frame. Whenever she stops doing this so well, I’ll know that she’s failing somewhat as a queen and I might want to consider replacing her.

This hive was almost completely out of honey when I opened it up in late winter this year. Since then, they have completely filled up three medium hive bodies with eggs and honey. I actually need to put another hive body on this one, but I didn’t bring one with me. This hive has been going strong for three years now. The queen builds up the hive numbers super fast in the spring and they can collect honey like nobody’s business. Last year I think I took around 70 pounds of honey off of this hive alone. Since my other two hives are new this year, I probably won’t take any honey at all from them.

I had them pretty riled up after my latest inspection.

So, there’s an introduction to what I’ve been doing with my bees the last couple weeks. Stay tuned for our (hopefully) upcoming honey harvest this fall! I should have 1 lb. jars and maybe even some comb honey this year, assuming my newest experiment goes right, but I’ll save that explanation for another post.