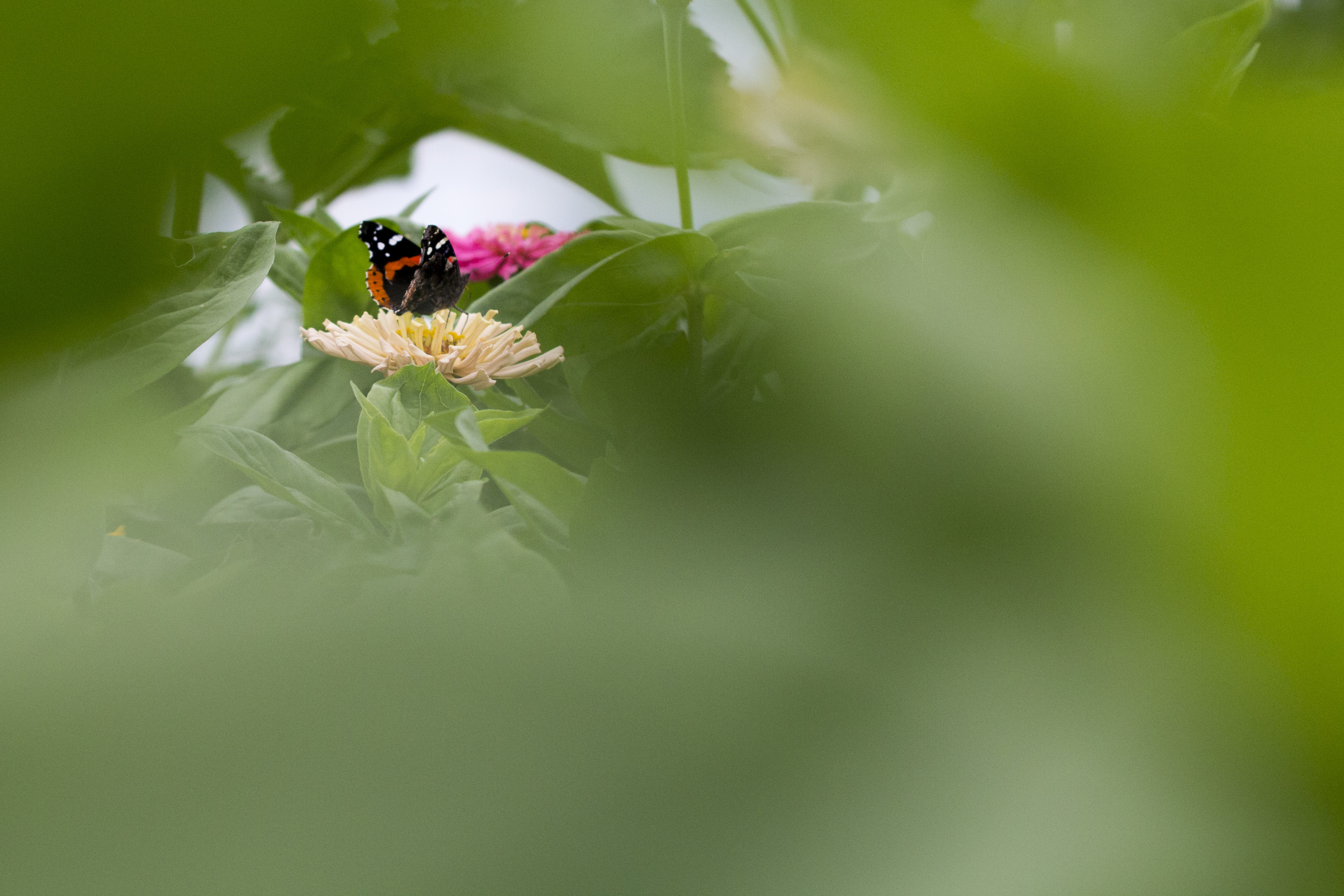 During a rare moment when we were able to sit down and play a game with some family on Friday night, I started laughing about something silly that had happened. My mom commented that it’s the first time she thought she had seen my even smile in weeks. It caught me off guard, but she may have been right. It has certainly been a busy and stressful couple of weeks for us. We are starting to find, though, that our constant work and worries are beginning to pay off in a variety of ways. And the truth is that we have buckets of things to be thankful for.

In a somewhat unexpected turn of events, we were both excited and surprised to make our first delivery of snapdragons and zinnias to Bloomington’s HyVee. The floral manager there is knowledgeable, friendly, and excited to begin selling local flowers in his department. And we’re even more excited to be, we think, his first local growers. He even made up a special little display for our first blooms. We are really looking forward to continuing to work with HyVee for the rest of this season and many more seasons to come. It’s refreshing to see such a major retailer interested in working directly with local growers, even the little guys like us. We can’t say enough good things about them, and we encourage you to stop by, talk to Kurt, and tell him how excited you are to be able to buy locally in his flower shop.

This week was also hectic as we prepared for the grand opening of our roadside stand. We spent an embarrassing amount of time, thought, sweat, and a little blood, to prepare for this event. And what a day it was. Our little hilltop was finally (and temporarily) drenched in sunlight, and our driveway was filled with cars for nearly three hours. I’m a worrier and an over-thinker by nature, so I’m certainly in my element with all this decision-making lately. Yesterday, though, as I looked around our little farm, watching groups of people chatting about our crops, kids running around after our chickens, my son begging to climb up on the tractor one more time, most of that worry evaporated, if only for a few hours.

Friends and family and friends of family stopped by in hordes to see what we’ve been up to and walk through our garden. Some were conventional corn and soybean farmers, some were avid gardeners, some couldn’t identify a single plant in our field. But nearly everyone who came through seemed to think that we were doing something special here. That this was the start to…something.

Since the birth of our son nearly two years, I feel like we’ve been on this incredible journey of blessings. I’m not going to say that this hasn’t been the most stressful my life has ever been, but by golly it’s been the most delightfully stressed out I’ve ever had the pleasure of being. We couldn’t have done any of this without the love, support, and hard work of so many of our family and friends. What we’re doing here is pretty simple. We’re trying to grow lots of stuff that tastes good and looks pretty. The apparent simplicity of this task doesn’t even begin to give justice to the complexity of emotions that we’ve been feeling lately. It’s been a heck of a week here on Finding Eminence Farm. We’re tired and sore, but also thankful and optimistic. Things are moving much faster than we ever intended, and we’re already looking at expanding this operation much faster than we previously thought. It continues to be a bumpy ride, but the dust is starting to settle, and we can just barely start to see where we’re going. Maybe I’ll start smiling more after all.