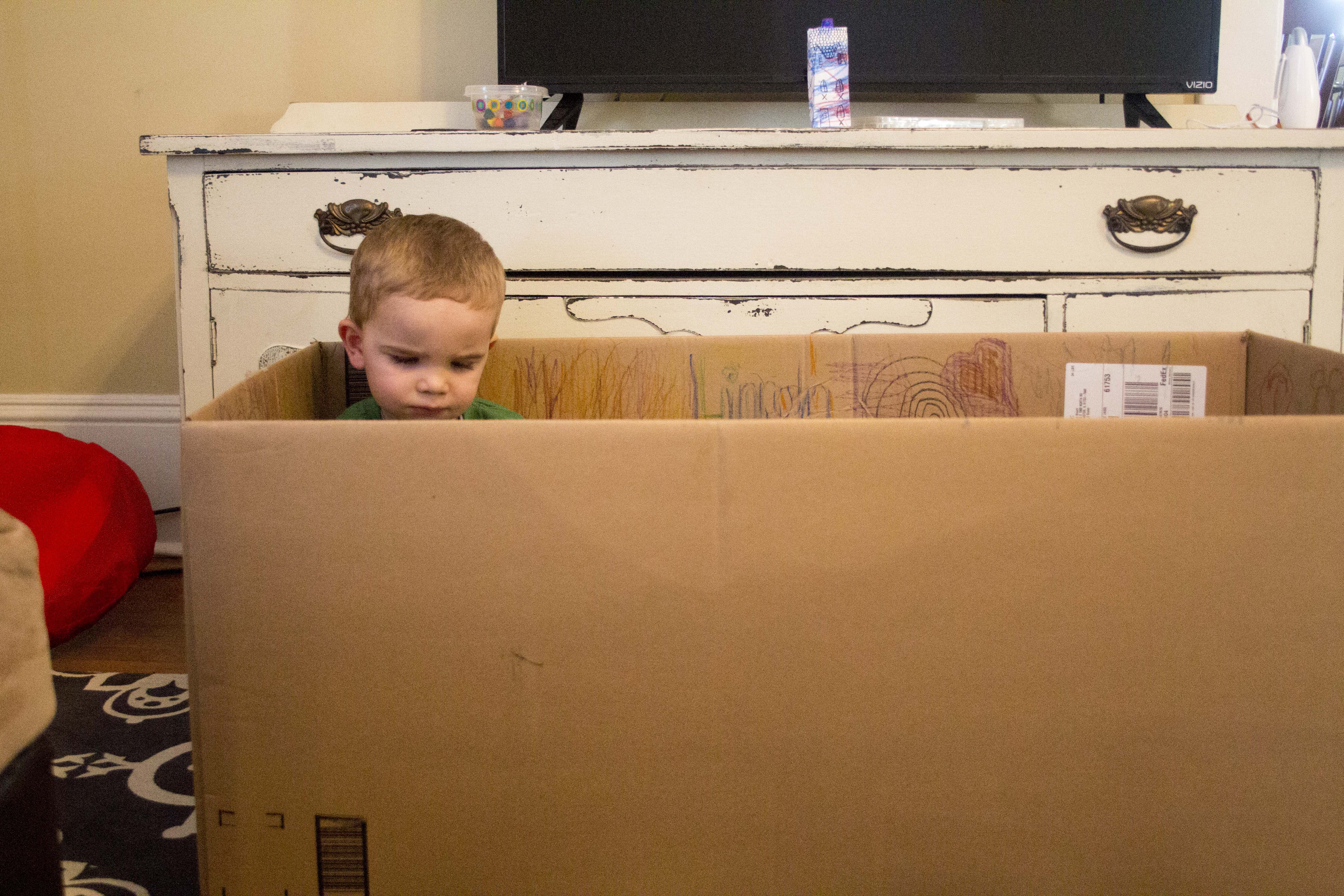 At our old house in Bloomington, I approached home improvement with an understanding that I knew enough to get myself in trouble, so I needed to take things slowly and remain willing to consult lots of books and YouTube videos in order to make sure I did things right…or at least right enough.  And, luckily, I learned a ton from working on that house.  Within five years of buying it we had wired, insulated, and drywalled the garage, had done total kitchen and bathroom remodels, had replaced the water heater, and had built a (partially) self-designed garden shed from scratch.  But through all of these improvements, I had a subconscious voice saying, “Hey, we’re not going to be here forever, this is good enough.”

We’ve been in our new house for nearly a year already, and as we finally start trying to tackle some minor home improvement, I’ve been met with that same little voice telling me that this will be good enough for now.  But then I remember that when we bought this house we made a mutual decision that this would be our “forever house,” as the realtors say.  So wouldn’t you know it, now every time I try to drive a new screw or patch some cracked plaster, I hear a new voice saying, “Hey weekend warrior, you sure that’s going to be good enough for the next fifty years?”  And then the desire to get things just right, combined with the continued knowledge that I more than likely have limited skills to actually get things just right, leads to crippling waves of “do it again until perfect,” followed by “I don’t have the patience to do it right at the moment, so I’ll just try to tackle that tomorrow…or maybe the next day.”

Let me present Example A, our stairway/hallway plaster repair project that we wrote about previously.

At the time, Audra suggested we try to do a little project while I was on winter break from school.  What was supposed to be a two-day job has turned into three weeks (for a variety of reasons, the biggest one being the fact that we just don’t have enough time), and as you can see, the current state of affairs looks like a deranged psychopath has decided to work on a little home repair.  I decided that I could make this hot mess work out fine, until I decided to show Audra my progress.  By her expression alone, it was clear that this was an incorrect assumption.  Now that I’ve royally messed this up, I’ve realized how I should have tackled the job from the start.  Needless to say, tomorrow I will be tearing this all apart, ripping off the bottom window trim board and doing it again with a single piece of drywall.  This is one of those instances when I just needed to do it wrong before I realized the right way to do it.

This whole episode reminds me of a book Audra read a year ago called The Lean Startup.  In it, Eric Ries writes about how new companies need to create a “minimum viable product,” which is learning as much as you can and getting your product as quickly as possible to customers to obtain feedback to better understand how to make your product better. A customer doesn’t care how long something took to build, they just want a solution to their needs.  My “stained glass” approach to plaster repair (Audra’s words, not mine) via busted bits of drywall wasn’t a solution to my 100-year-old plaster wall’s needs.  This notion of “minimum viable product” essentially framed our business plan for our first year with the farm, though “plan” might be a bit of an overstatement in the same way that the Grand Canyon is a pretty big hole.

This year, with gobs of education in our brains and a crazy, hectic, beautiful year of experience under our belts, we’re new and improved and ready to put out something even better.  We want this business to be our “forever business.”  That means turning our dreams into plans, learning about accounting (that somehow got left out of college coursework for both English and Communication majors?!), and doing super-detailed spreadsheets to map out every single seed that we want to put in the ground.  We’ve even started to take advantage of free child labor, though Lincoln demands to have his own office space if he’s to be expected to get a thing done.

It’s nothing like it was just a few years ago when I would sift through catalog after catalog and fantasize about all the things I could grow in our tiny backyard garden.  Last week, as I was attempting to put the finishing touches on my proposed veggie seed order, I had to remind myself that the fantasy is over.  Now I’m looking for what I will grow.  And how much will it cost to grow, and how much should I be able to sell it for, and who will buy it, and if no one will buy it can I preserve it for my own family to eat throughout the year.  It’s not nearly as fun as it used to be, but it’s a heck of a lot more gratifying.

That being said, I’m sure ready to get past this endless planning phase and get my hands in some dirt.  It’s been the case for me for a long time now–I feel better regarding just about everything when I’m growing something in the ground.  Sometimes it’s easy to get caught up in the idea of things lasting “forever.”  Nothing is forever.  Around here, we’re lucky that we’re forced to take life one season at a time.

Stay warm out there, readers.  As always, we have eggs for sale, and there are Flower Subscription shares available for Summer 2016 as well.