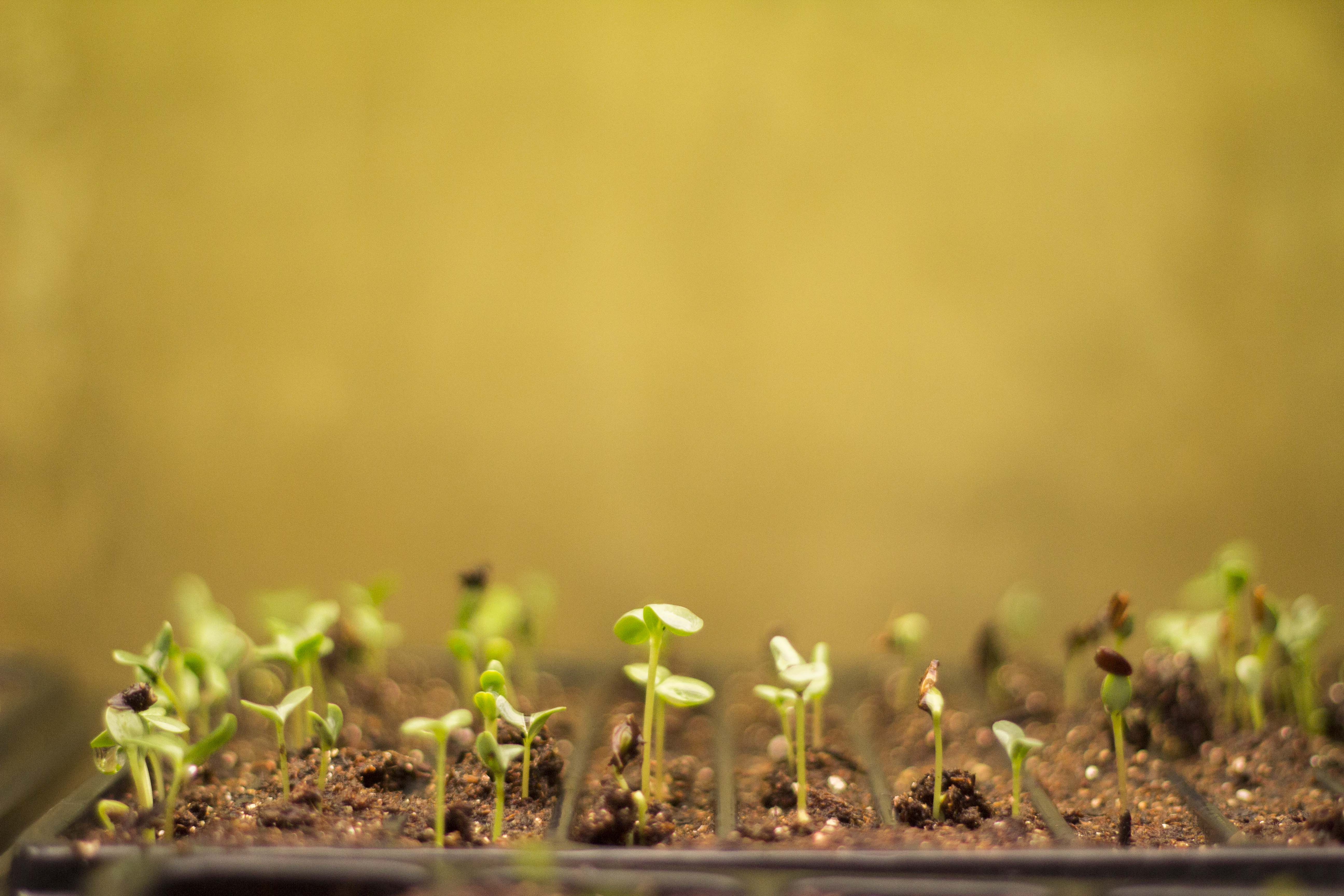 Mother Nature has been serving us some really steaming hot pieces of humble pie the past few weeks. So grab a cup of coffee and read about the pieces of pie that we’re eating.

“Aw, now you have tulips!” is what you’re thinking. Which, yes, we do, and by the way, thank you we’re excited about that too. But take a closer look at the two pictures in the upper right hand corner. The beautiful, lush anemones are now basically gone, thanks to voles. We tried the laughable solar powered thing that sends an electrical signal through the ground (definitely doesn’t work). We tried the mole trap thing that you set above a mole hole, the voles just made their tunnels around it. And now we’re showing some success with good old mouse traps set with peanut butter.

The anemones might bounce back….but it’s probably wishful thinking. We should have had blooms by now. But, what can we do?

The upside of the hoop house is nothing is bothering the sweet peas and the tulips and daffodils are looking pretty great.

I’m glad I married a guy who grew up on a farm. Opossums have been getting in the chicken coop and eating the eggs. It’s been handled and I’ll leave it at that.  You’d think Cecil, our rooster, would do something about it, because he’s sort of a jerk, but he doesn’t seem to mind the visitors. Come on Cecil, step up your game!

It is way too stinking early to have daffodils up this far in February. (Also, look at how terribly I put in those daffodils. I can’t see a straight row anywhere!) This entire bed was mulched with straw and the spring winds have made their way to us and completely blew the straw off.

But here are some things that are going right here on the farm:

The zinnias germinated in about two days, which is a little mind blowing. And it’s always so exciting to see the tiny little plants sprout. It’s like a promise that spring is on its way.

Planning for the Summer:

Even though we’re still in late winter, the farm has taken off and we have an extremely busy and fulfilling summer ahead of us. Stay tuned to our little space on the internet, because Finding Eminence Farm is one tiny little plant sprout that is about to bloom.