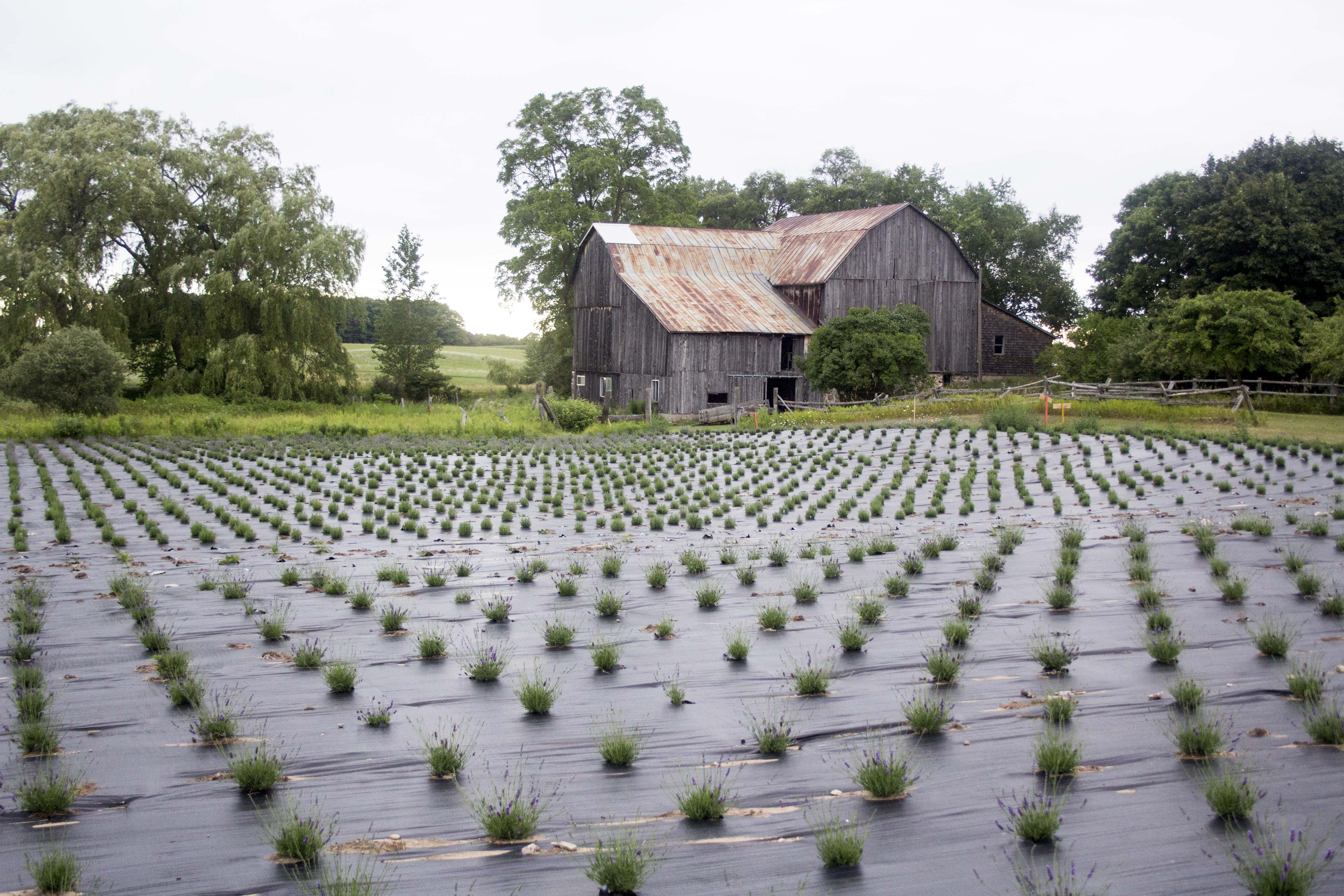 The connections and friendships this farm has brought us have been surprising.

In the dead, dark of last winter, after watching hours of television under five or six blankets, I decided to check my e-mail. In my in-box sat an email from Kalin, from Stems & Sprigs in Petoskey, Michigan. Her email was funny, witty, and honest. She explained she stumbled on our blog, was a wedding florist, and was about to buy a ten-acre farm to plant lavender with her husband, Matt.

There was something about her tone, something in that email that made me feel instantly connected to her. So I sent her an email back with the creepy subject line, “Let’s be BFFs”. She responded immediately, not scared by the stranger on the internet she reached out to, and that started our friendship.

Over the next few months, Kalin and I would chat on the phone while giving each other great advice. She was honest and open about her business and we shared how we grow thing. We introduced her to Nolt’s Midwest Produce Supply, she introduced us to Honeybook, contracts, ribbon and vase companies that in her words will, “make you feel like a Minnesota Housewife.”

One spring evening, while chatting (and let’s be honest, drinking) on the phone, Kalin mentioned it would be cool if I could come up for one of her wedding weekends this summer. I, of course, freaked out, and I’m sure I screamed on the phone, “YES”.

So last week, I drove seven hours up to Northern Michigan and spent four days designing, drinking a lot of rose, developing characters with funny accents that were only funny to Kalin and me, talking about our businesses, talking about burn out, talking about the secrets to healthy lives and marriages, discussing our failures, bragging about our triumphs, and sweating our asses off.  At one point, because she’s just so awesome, she sabered open a bottle of champagne.  SHE SABERED IT OPEN.

Matt and Kalin were so down to earth and so honest. It was like I found the lost part of our tribe. We both made jokes about how risky and weird this whole situation was. Matt told me the first night I was there “I”m so glad you didn’t catfish us!” and then we had a morbid joke going the whole time that “tonight would be the night…” which was a really sick way of us pretending that I would senselessly murder them in their sleep. Because what else does a stranger you met on the internet do when you invite them into your home? Fortunately they found that funny and didn’t ask me to leave.

So was it scary to drive a long distance and stay with people I had never met in person? Yes. Did I just have to trust that it was worth leaving Chris and Linc behind to go on a crazy adventure? Yes. Did I take away valuable lessons and learn a lot and create memories that I’ll treasure forever? Yes.

With our farm, we meticulously plan and, as I told a bride and her family today, so much of our farm is just wishing, dreaming, and just flying by the seat of our pants hoping everything will work out.

When we told people we sold our house to go start a farm, we got the looks. When I told people I was going to learn and visit with a girl I met online, I got the looks. You know the looks I’m talking about. The looks that say, “you’re crazy, no one else is doing this, what are you thinking?”

These looks often make us question every life decision, but these looks also give us the pushes we need and let us know, there’s a reason more people aren’t doing this, because it’s hard, and it’s our dream, and it’s worth it.

So take a risk, do something silly, spill money into a pit, travel, drop an email to someone you follow online to tell them they’re doing a great job, make a friend, and trust that’s it’s all going to work out.

(p.s. I was so busy talking and designing, I have no pictures of Kalin and I…I only managed to snag a few of the centerpieces from one of her weddings and the amazing lavender field that sits by their barn.)