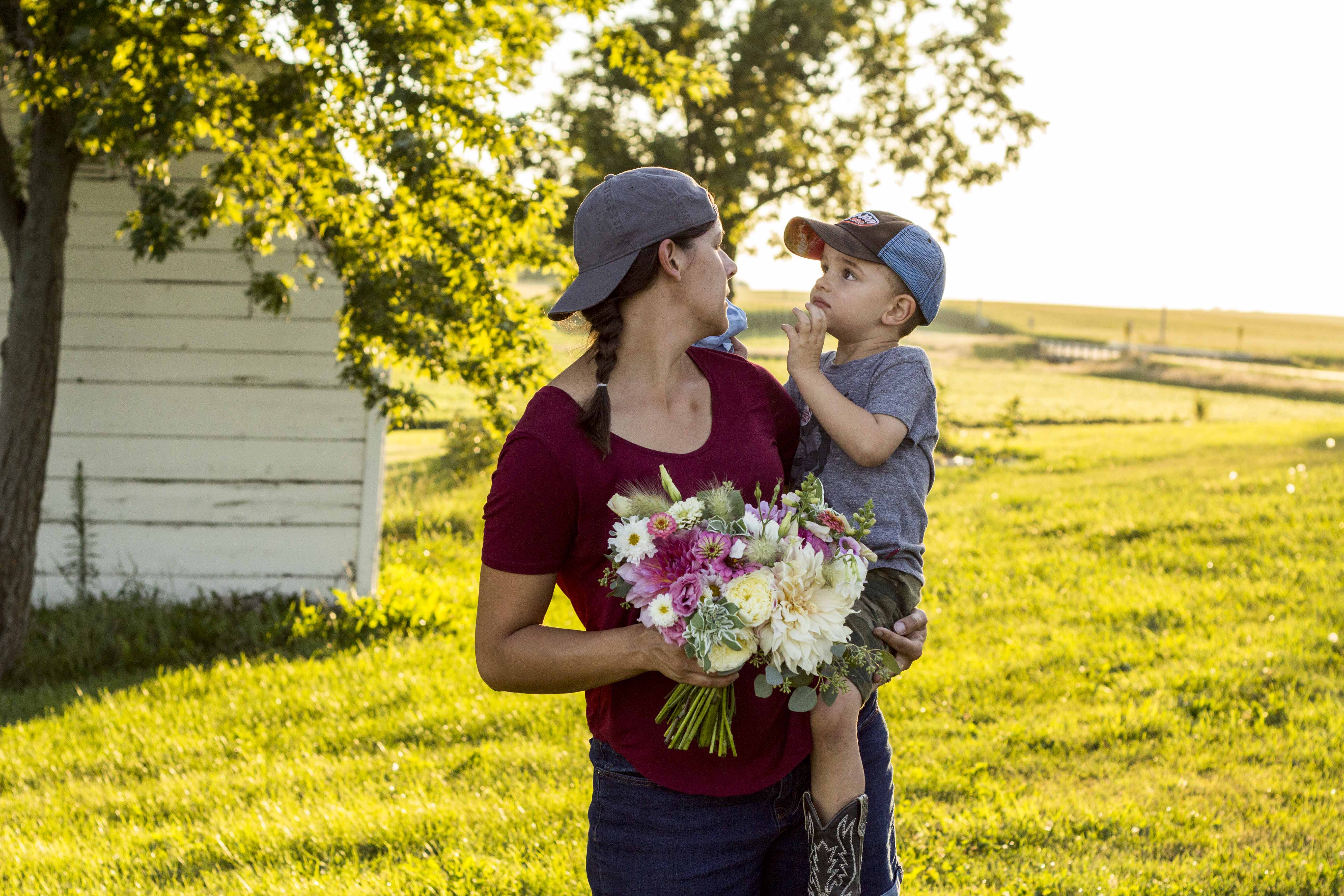 He fell on his arm Friday night, he cried and we consoled him, but also told him to walk it off. After snapping pictures of one of the bridal bouquets from this weekend, I gave him his bath and he couldn’t put his arm into his shirt.

I called the 24 hour pager hotline of our pediatrician (which I’m pretty sure was solely set up for first time parents) and the Dr. said if he were her child, she’d taken him in to be x-rayed. Of course, this is all occurred after Prompt Care was closed. We took him to ER, they told us he was fine, no breaks and sent us home.

Fast forward to today….we receive a call from the ER charge nurse. An Orthopedic Dr. had taken a look at his x-rays, he does indeed have a small fracture. We drive back into town to get an arm sling, which is a hilarious suggestion that a three year old not move his arm.

We’re to call the Orthopedic doctor tomorrow to see what the healing plan is.

Here’s the crazy thing. This kid doesn’t act like he’s in horrible pain. He’s been such a trooper. We thought the first ER visit would be from something farm related, it wasn’t. He was trying to kick a soccer ball with us. Unfortunately, he didn’t come from the most graceful people on the planet.

We are currently overflowing in awesome produce and flowers. We are offering a mini-subscription for four weeks in August where these goodies are delivered right to your doorstep. There’s still time to purchase one which starts this week! Purchase one here.