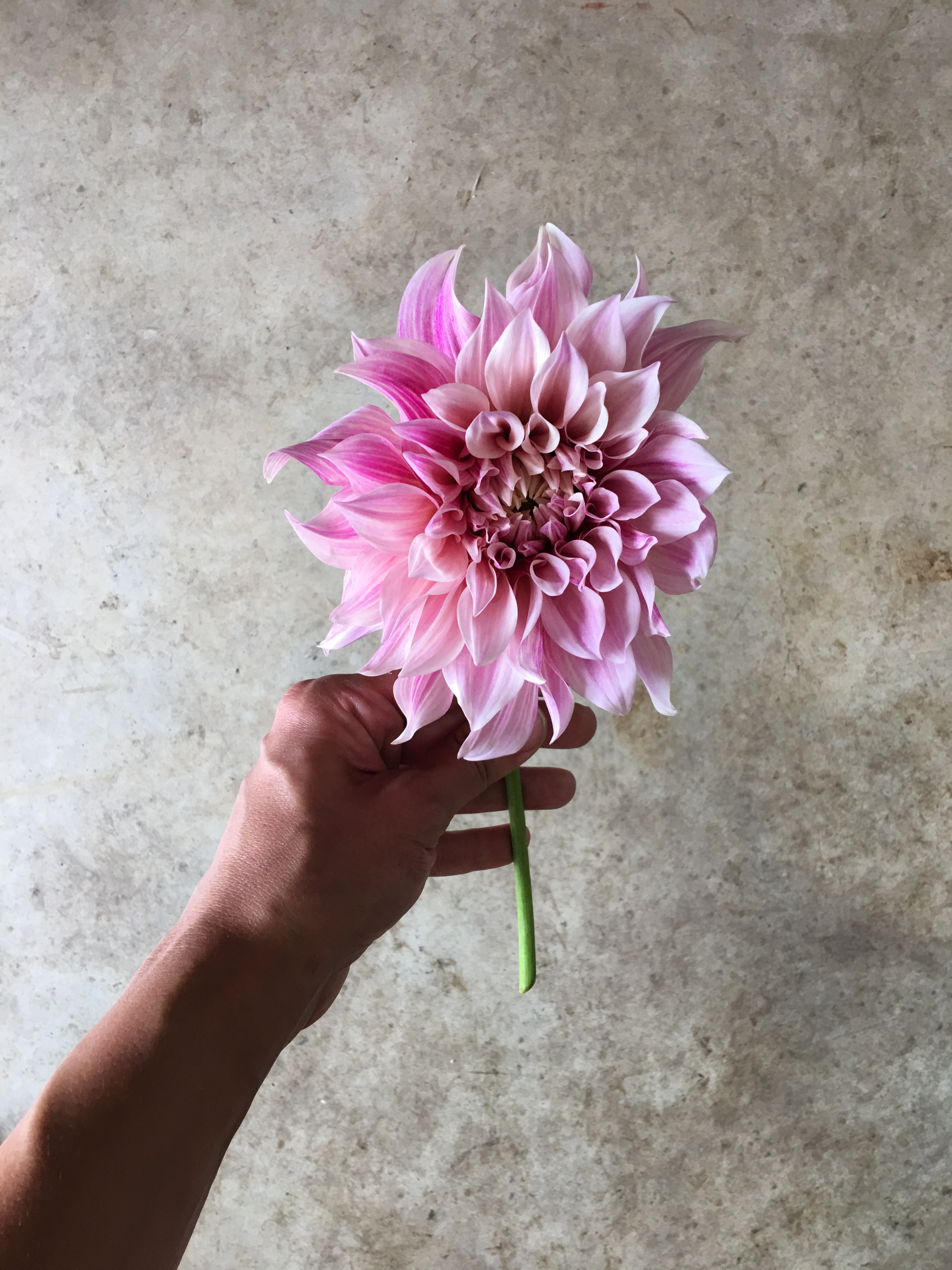 We haven’t posted at all this summer. We have had some major turns of events happen behind the scenes for us (more on that later). As we’ve become more established, have more businesses buying from us, have strangers approach us on the street to ask us if we are from Finding Eminence Farm because they’ve seen our Instagram (this has happened twice – we are by no means celebrities), it’s been really hard to be so open about what’s happening on our farm, like it was in the beginning. There were only a few eyes and now there are many. So when we fall and talk about it, it seems to hurt more on our end.

So with my teeth gritted against themselves, I share with you one of our biggest fails this season: dahlias.

“Chris we need to quadruple our dahlia production for 2018. It’ll be a cash cow. Let’s move them out of the hoop house and grow them in the field.” 2017 Audra told 2017 Chris in their annual “Come to Jesus” meeting where they map out the next year for Finding Eminence Farm. “I trust you. I love you. You’re beautiful.” 2017 Chris told 2017 Audra.

Fast forward to Fall 2018. Shit isn’t going at all how it’s supposed to be going.

In May 2018, almost 200 out of 600 dahlia tubers catch a tuber stem rot. We will go out one day, everything is fine. Go out the next day, half the tubers are wilted and black. We confirm this with the U of I Extension Plant Clinic. The only solution? Dig up the tubers, dispose of the rotted tubers, don’t plant them in the same spot next year, pretend this doesn’t feel like a punch in the gut, and move on with your life.

We chug along with summer and were able to hold our on-farm dahlia flower arranging class just fine. And then they just. stopped. blooming. Or you’d walk past a plant and brush the leaves and entire branches would melt off like butter. Then the corn root worm beetle showed up, because, well, they are assholes and have nothing better to do with themselves. And then I’ll spend the next month of my life diligently trying to place an organza bag on each delicate bloom that I’ll need. This is cute for about a day. Then I’m over it.

I lost count of how many florists I had to tell this story to and how many I had to turn away when all they wanted was a damned maroon dahlia. I talked ourselves up in the beginning of the year with “we’ll have dahlias and we are experienced growers and you can for sure count on us! Because local is better, we all know it!” I don’t want to think about how this affects our credibility for next year with florists. We didn’t technically do anything “wrong,” nature just doesn’t give a damn sometimes and you have to roll with the punches.

This time each year, we are normally swimming in cafe au lait dahlias. I have so many that I always make a photo of the deadheaded ones for our calendar that we sell at the end of each year. I have pulled out three total blooms this entire year. Three.

Do you know what we can do about this quandary? Nothing. Why? Because mother nature is in control, she ultimately calls the shots, not us. But here’s what we can do. We’re planning on what we will do next year instead. We know we have to invest in a bigger hoop house if we want to be a part of the dahlia game. We know where not to plant the dahlias. And we know that this is part of the farming game. Learning hard from lessons and doing it better next time. When we first started this farm four years ago, we welcomed our mistakes because we knew that we could and would learn from them, and we knew that not matter what they wouldn’t be THAT serious.  We’re in a different place now. Mistakes hurt more. And we feel like we should be smart enough to know better. No matter how long we do this and how much we learn, this will never be the case. Mistakes are part of the game. In September, though, as our season starts to slowly wind down, we find ourselves wanting to scrap everything and have a do-over. But the reality is, we always feel like this at this point every year.

Next year our dahlias will be amazing. But inevitably Mother Nature will throw a wrench at us in some other area, like she always does, every year.